The picture from Day #9 was a leprechaun, complete with a rainbow and a bubble pipe. (I kind of love this, because when we were in college, I used to keep a bottle of soap bubbles in my pocket, and I would blow bubbles while I walked across campus between classes.) It took me a few days to find the leprechaun's story, but here it is, only two days late for St. Patrick's Day. :) 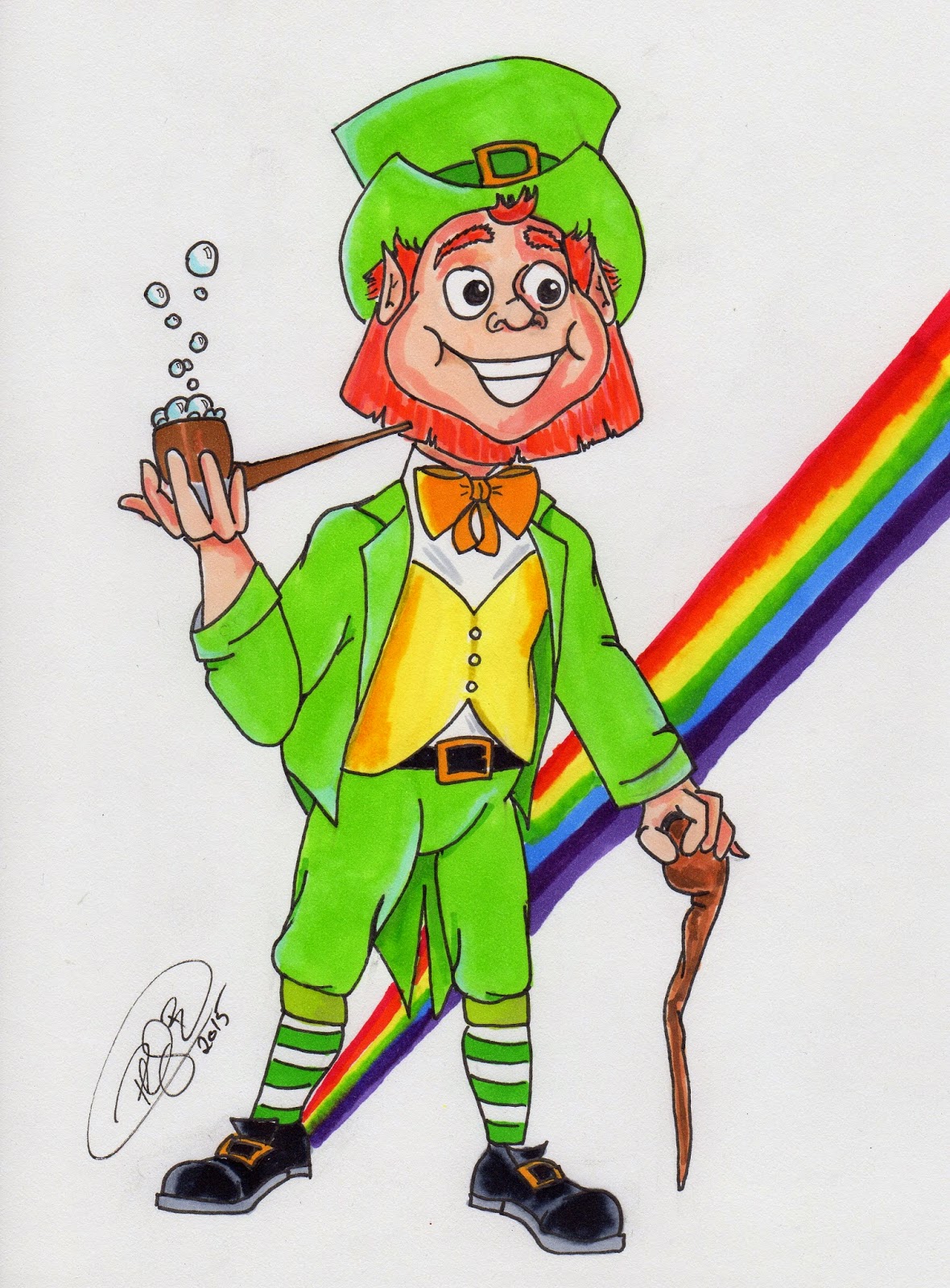 Sparky McDuff tucked his pot of gold beneath the sprawling roots of a giant ash tree and leaned against the trunk to wait. He filled his pipe with the finest bubble solution and blew a long puff of air, sending iridescent bubbles shimmering through the air. Now, he only needed a rainbow to seal a lucky charm into his gold. This would protect it from any would-be thieves and bandits.

He smiled at the clear blue sky and closed puffed away happily at his pipe. At least he had picked a nice day for it. When his older brother and sister had charmed their pots of gold, they hadn't chosen as wisely. Goldie had sat for three hours in a miserable, gray drizzle before the rainbow appeared for her. And Colin had endured a torrential downpour for forty-five minutes in order to find his rainbow. They had both been soaked and miserable by the time their gold had cured.

But Sparky was smart. He checked the weather every day for a week until he'd found the perfect day. Blue skies and sunshine were much better for rainbow-watching than overcast, drizzly skies. There wasn't even a single cloud to ruin his wait.

He waited all day, happily puffing on his pipe, but the lazy rainbow didn't appear. And when night fell, Sparky had no choice but to remain with the tree and his gold. Without the rainbow charm, any random passerby could easily snag his treasure as their own.

For days, Sparky sat under the ash tree, but although birds sang merrily in the treetops and the sun shone brightly in the clear, blue sky, not a single rainbow appeared. Finally, on the ninth day, dark clouds rolled in and covered the sun. Sparky frowned and shivered inside his coat as fat raindrops splashed on his head. All of his careful planning had been for nothing.

Tired, cold and hungry after more than a week of waiting for a rainbow that never came, Sparky now had to endure a rainstorm as well. But just as he was about to give up and go home, the clouds parted and a brilliant ray of sun burst forth, reflecting off the lingering raindrops. And suddenly, the brightest rainbow he'd ever seen arched through the sky and settled on Sparky's pot of gold.

Posted by Veronica Bartles at 4:58 PM