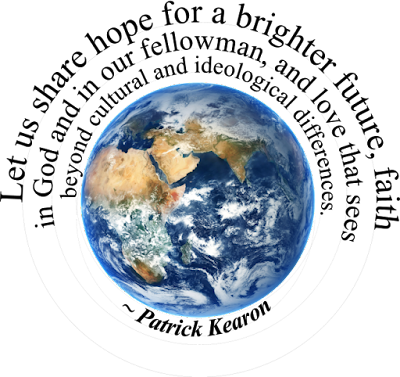 There is so much darkness in the world today. Hatred, violence, intolerance … and hiding away in a bubble of ignorance (as tempting as that may sound) doesn’t help. After all, “Bad men need nothing more to compass their ends, than that good men should look on and do nothing” (JohnStuart Mill). It’s absolutely vital, now more than ever, to stand up for the things we believe in with courage and conviction.

But I’m learning that there are a lot of different ways to stand up, and it’s okay if my stance doesn’t look exactly like yours. We all have different abilities and strengths. I may not be as tall as you, or be able to carry the same kind of load. Some people might be able to reach greater distances in a single leap or run farther before they have to stop to rest. But we all have something to contribute.

I’ve been feeling terribly guilty for months, because I’m just not doing enough. Even on my tiptoes, I can’t stand as tall as some of the giants I know.

I see my friends marching in rallies and making live broadcasts of their daily phone calls to senators and members of congress to make their voices heard.

I see other friends writing articles and blog posts and books that highlight Important issues to enlighten the world.

And I’ve felt like a gigantic failure, because I’m not Making A Difference. I can’t march because anger (even when rightfully directed at great injustices) literally paralyzes me (stupid brain tumor). And though I’m proud of the sweet, fluffy stories I tell, I may never write the kind of Important books my friends do.

There was the little Hispanic girl at the Gaithersburg Book Festival a couple of weeks ago who excitedly hugged my book and exclaimed “the princess looks just like me!” (I wish I had a picture, because the resemblance was uncanny. They even had the same glasses!) And maybe this little girl had never seen herself in a princess book before. But she stood a little taller as she walked away, clutching a bookmark and pin depicting the princess that looked just like she did.

Maybe it was important to her.

And I may not have the kind of strength that makes a hero, but I have arms that are great at giving hugs and ears that are highly skilled listening devices. I might not be able to confront the bullies on the playground, but I can definitely lift and support those who are being attacked. And I might not be able to fix everything, but maybe I can make one small corner of the world just a little bit better. And maybe that is important enough.

I will probably continue to feel guilty more days than not. By tomorrow morning, I will likely be once again feeling like my contribution isn’t good enough. Because, to be honest, there will never be a “good enough” until the good shines stronger than darkness, lifting those who have been beaten down to cower in the shadows. And I will never stop wishing that I could stand a little taller and reach a little farther and banish the bullies from the playground.

Maybe someday I will get there. At least, if I keep trying, I will get closer. But in the meantime, I will do what I can. And for now, I know I can do this:

I can look for the goodness in the people around me. I can acknowledge the beauty of those who might feel invisible, those who feel forgotten and neglected. I can be there to listen when someone needs to talk, and I can amplify the voices of those who stand a bit taller or reach a bit farther than I can. Those who have such Important things to say.

And I can spread sunshine in the ways I know how. With bubbles and fairy tales and chocolate sprinkles on top.

Cookies and hugs might not fix the evil in the world, but sometimes the little things are Important too.

Posted by Veronica Bartles at 6:30 AM

Email ThisBlogThis!Share to TwitterShare to FacebookShare to Pinterest
Labels: about me, bullying, courage, encouragement, goals, gratitude