I got my first gray hair a little while ago (I would post a picture as proof, but I accidentally pulled it out while I was trying to get a closer look – to prove that it was, in fact, a gray hair and not just a trick of the light.)

I got my first gray hair, and I cried.

I’m not mourning the loss of my youth or feeling down about moving over the hill. I cried not because I was upset, but because I honestly didn't ever think I'd make it this far.

For more than half of my life, I’ve wondered if I’d ever get to the gray hair stage. Even before they found my brain tumor, I wondered.

When I was in school, and people asked me what I wanted to be when I grew up, I always told them I wanted to be a stay at home mom and a famous author of children’s books. What I didn’t ever say out loud was that I hoped, beyond anything else, that I could grow up. And sometimes, when I got dizzy and passed out while reaching for something on a high shelf, or when I couldn’t eat for a week at a time because everything I swallowed came right back up … Sometimes, I secretly felt like my body might just stop working one day, with no warning, and I’d be gone.

Then, in my second year of college, I slept past my alarm one morning. Which wouldn’t usually be terribly alarming. After all, college is all about late nights and sleeping in. But then I just kept sleeping. For three weeks. And even when I woke up, I often couldn’t move or speak. My husband managed to rouse me for a few minutes each day, to feed me a few bites of soup or something easy to swallow, but then I’d slip away again. Once or twice, I woke up enough to get out of bed. I spent almost all of those waking moments at the doctor’s office, where they verified that something was wrong, but the tests were so contradictory that they couldn’t pinpoint a cause. So they wrote notes to my professors, excusing me from the classes and tests I’d missed, and ordered more tests. It was a terrifying three weeks, and I wondered if this was the moment I’d secretly feared for so long. Every time I slipped back into unconsciousness, I wondered if it might be the last time. If I’d ever wake up again. … Until, as suddenly as it came, my mysterious illness was gone.

But I continued to have random, mystery illnesses that popped up from time to time. Never the same thing twice, but always just as baffling to me and my doctors. Until finally, nearly fifteen years ago, they discovered my brain tumor. Which explained a lot, but still causes a lot of confusion and consternation among my doctors, who never know what to do with me. (Seriously, what do you do with a patient who demonstrates the symptoms of a severe allergic reaction whenever she eats anything, but tests negatively for all allergies?)

But here I am, just past forty, and even though I wouldn't exactly call life a cake walk, I'm still here. I’m getting gray hair. And that's beautiful.

(Maybe one day, I’ll even get to have wrinkles!) 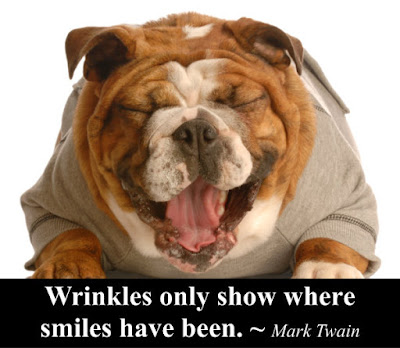 Posted by Veronica Bartles at 4:59 PM

Email ThisBlogThis!Share to TwitterShare to FacebookShare to Pinterest
Labels: about me, brain tumor, gratitude