I've always said I have the most talented Pitch Wars team ever. Team Magic is truly magical! On Friday, I'll post the first of a series of interviews with my team, so you can get to know the magicians behind the sparkle. But for now, I'm both proud and excited to have this chance to share with you the brand-new cover of Team Magic alternate, Toni De Palma's upcoming novel: THE DEVIL'S TEMPTATION (book two in the Devil series)!

Fighting the Devil brought Cooper and Grace together. But without a little evil to spice things up, the everyday life of a normal teenager is pretty dull. A summer job crewing on a billionaire’s yacht in sunny Italy might be just the ticket to rekindle passion. While the setting is perfect, the winding, sinister back streets of Naples are also the perfect playground for a scorned Lucifer to wreak havoc. And if evil doesn’t rip them apart, the sultry billionaire’s daughter and the sexy First Officer might be what it takes to finally destroy Cooper and Grace’s love forever.

Stay up to date on everything Toni De Palma! 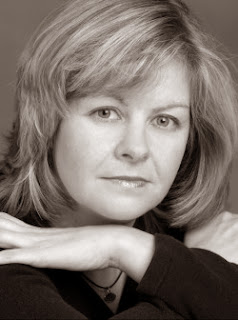 Toni De Palma was born in Brooklyn, New York. As a child she spent many summers in Ischia, the Italian island where her father was brought up. Her first middle grade novel, Under the Banyan Tree, was published in 2007 and selected as a Kirkus New Voices Pick and a New York Public Library Book for the Teen Age. Her second middle grade novel, Jeremy Owl, was published in 2010. Her third book, The Devil’s Triangle, A YA paranormal is getting rave reviews. The sequel, The Devil's Temptation releases March 14, 2014. Toni holds her MFA in Writing for Children and Young Adults from Vermont College and she is a recipient of a New Jersey Arts Fellowship. She currently resides in New Jersey.
. Website . Facebook . Twitter . Goodreads . Amazon . Barnes & Noble .
Become a fan of The Devil Series!
Facebook Fan Page
Posted by Veronica Bartles at 7:00 AM