Last week, TASTE THE HEAT, by Rachel Harris was released. (It's about Colby, a Cajun chef, and her childhood crush, Jason.) To celebrate, last week everyone was posting their favorite recipes. (I actually posted two. One for chocolate souffle, here on my blog, and one for a super-simple chocolate mousse over on Rachel's website.) 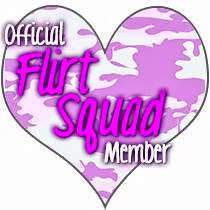 Write a Blog Post about your first crush. Whatever happened to them? Did you love from afar, tell them, was it unrequited or lead to more?

So of course you know I had to participate. A chance to share embarrassing stories with the world? Heck yeah! But my first crush story isn't all that exciting. At least, there's not a lot of let's-embarrass-Veronica-in-public potential. He was my kindergarten "boyfriend," and we held hands at story time until he moved away.

My first truly memorable (highly-embarrassing) crush was when I was about six years old. I was totally, head-over-heels in love with my Aunt's boyfriend, Maurice. He was the cutest, sweetest, nicest guy I'd ever met. And I wished he was my boyfriend instead. But I was six and he was eighteen. Far too old for me. So I couldn't let anyone know about my crush. I was terribly clever. To throw everyone off track, I refused to call him by his name. Instead, I always called him "More Grease." Ironically, everyone (my parents, my sisters, and even my aunt) seemed to know about my secret crush anyway!

But I'm sure the crushes of a five or six-year-old aren't exactly what Rachel had in mind when she issued the challenge. So it's not my first crush, but my longest-running crush that I chose to tell you about. He was the brother of one of my best friends, and a good friend of my older sister. (In fact, my sister dated him a little bit, off and on.) I was totally in love with this boy for years. I first noticed his make-my-heart-melt smile and his gorgeous blue eyes when I was in fourth grade, and he was in fifth. Whenever I went over to my friend's house, I tried to find excuses to get him to talk to me. And when he'd smile at me or laugh at my jokes, it made my entire week.

When I was in seventh grade, this boy and I had P.E. in the same class period, and I got to watch him playing basketball with his friends, and sometimes our classes were combined and he even talked to me!! But he was my best friend's brother, and so he was off-limits. I almost worked up the courage to tell my friend that I was totally in love with her brother, but then she complained about the way all of our friends kept developing crushes on him. She admitted that she felt like all of her friends were only using her to get close to her cute brother. Obviously, I could never tell anyone how I felt.

When I was in ninth grade, we moved across the state, and I was sure I'd never see this boy again. But he played football and basketball, and Wyoming is such a small state that teams traveled all across the state for games. So I got to see him every time his high school came to see my high school. And since his sister never came with the team, I could flirt a little bit. But ten or twenty minutes at a time a few times a year wasn't enough to build a relationship on. And besides, I was pretty sure he didn't think of me that way.

Until the state basketball tournament during my junior year (when he was a senior). The tournament lasted for several days, and I got to see him several times while he was there. Since it was such a big deal, his mom came along this time, and I overheard her telling my mom that she was pretty sure her son had a little bit of a crush on me. Still, I was too scared to really talk to him, especially not with our mothers watching us. After much prodding, and both mothers teasing "we'll pay you $20 if you go over and kiss him right in front of his entire team" (yes, I had an embarrassing mom, as did he, apparently), I finally went over to talk to him. (No, I didn't kiss him, even though I kind of wanted to - but I'd never kissed a boy, and there was no way my first kiss was going to be in front of my mom!) The conversation was going really well, though, until our moms told him "We had to pay her $20 just to say hi to you." (For a couple of women who were determined to play matchmaker, I'm surprised that they didn't realize this would totally ruin it. Especially since I didn't even take the money!)

He graduated, and then he went to Brazil on a mission for The Church of Jesus Christ of Latter Day Saints for two years. My mom tried to convince me to write to him, but I didn't want to distract him on his mission, and I was still embarrassed by our last encounter, so I think I sent one half-hearted, "hey buddy" kind of letter. Still, I was counting down to the day when he'd be home again. And even though I really wanted to go to college back east somewhere, as far from Wyoming as possible, I let my mom talk me into going to the University of Wyoming with one simple argument: "If you go to UW, you'll be around when [boy] gets home from his mission next year."

And while I was at UW, waiting for this boy to come home, I met my husband, the true love of my life.

For more than seven years, I chased after the boy I thought I wanted. And he was really a great guy, but in the end, it turned out he wasn't the one for me after all. As it turned out, he was only a step on the path to finding my true happiness. If I hadn't been waiting for crush boy, I wouldn't have been in the right place at the right time to meet Phil. These days, I try to remember that the path I'm following might not lead to the destination I think I'm trying to find. And that the destination I finally reach might be a little more than perfect.

Posted by Veronica Bartles at 11:42 PM