One of our favorite dinners doesn't actually have a name. Years ago, when my husband was cooking dinner (fried potatoes, smoked sausage and broccoli), my second-youngest daughter asked him "What are you making for dinner?" He showed her what he was making, and after she agreed that it looked really good, she asked again: "What's for dinner?"

Phil was totally confused. He'd just showed her what he was cooking.

"No, what's it called?" our daughter demanded.


... Which is why this Potato, Sausage and Broccoli casserole is called
"I Don't Know." 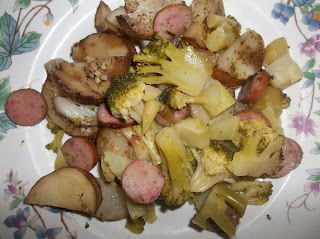 This Crock Pot version is healthier than the original, as the potatoes aren't fried as they are in the original version, but it's just as delicious.

Spray your 7-quart Crock Pot with cooking spray. Slice half of the potatoes into 1/4-inch thick slices and spread on the bottom of the crock. 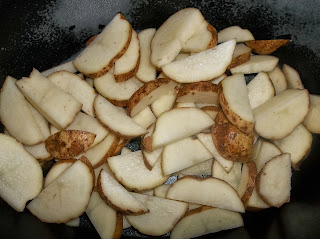 Chop up the onion and spread on top of the potatoes. 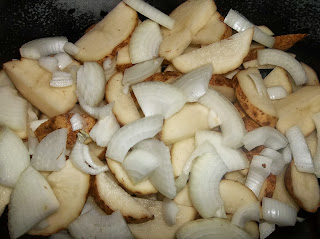 Add the garlic and sprinkle with half of the Italian seasoning and salt. 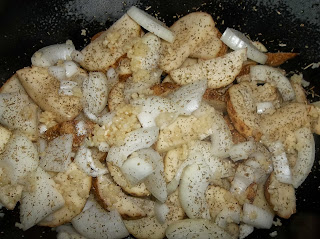 Slice the remaining potatoes and spread on top of the onions.
Sprinkle with remaining Italian seasoning and salt. 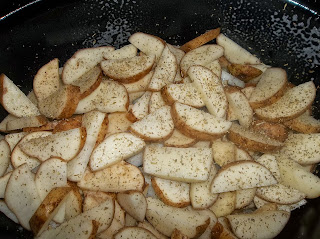 Slice the smoked sausages and layer on top of the potatoes. 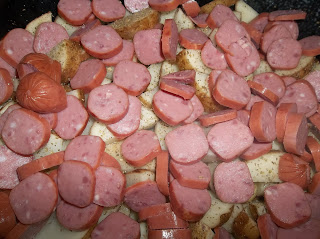 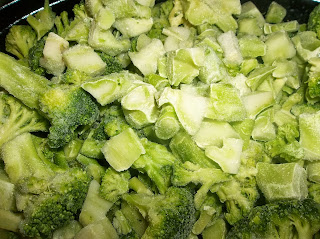 Cook on low for 5-6 hours, until potatoes are tender. 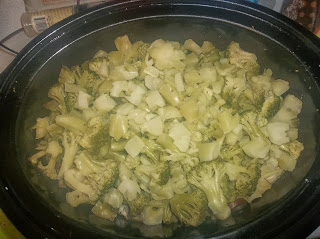 Posted by Veronica Bartles at 1:31 AM