The Cinnamon Rolls we made in the Crock Pot were such a success that we decided to see what else we could adapt from oven baking to Crock Pot baking. As I have 2 teenagers & 2 preteens with healthy appetites, pizza is always a welcome choice for dinner. However, in the summertime, I often prefer something a little less heavy than the typical sausage & pepperoni-filled pizza. Luckily, fresh vegetables are plentiful and totally yummy right now, and they make delicious pizzas!

For this Tomato, Artichoke and Zucchini Pizza, we brought out both the 7-quart and the 5-quart Crock Pots, but if you have a smaller family, you might want to cut the recipe in half. 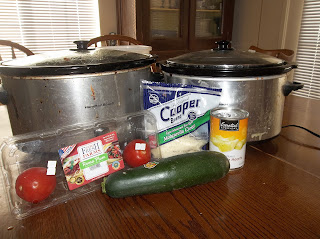 Divide Garlic Italian Pizza Crust in half, to make 2 pizzas. On a lightly floured surface, roll each crust into a large oval, slightly larger than the lid for your Crock Pot. 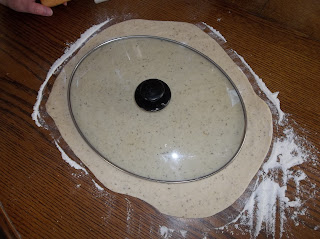 Prepare your Crock Pot with a foil insert, as you would for baking Cinnamon Rolls. Spray with non-stick cooking oil. Fold crust in 1/4 and place the point of the fold into the center of the foil, then unfold to fill the crock. (This folding/unfolding step is optional, but it helps to move the dough without tearing it and to center it in the Crock Pot for filling.) 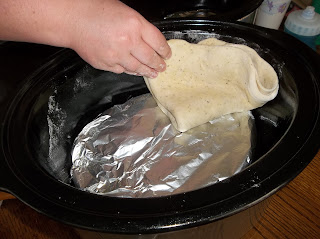 Roll the edges of the dough. 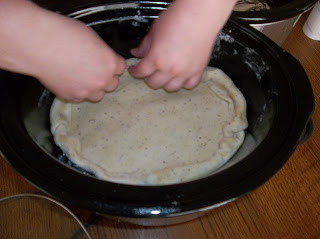 If desired, you can add some cheese to the edges of the dough before rolling it, to create a stuffed-crust pizza. 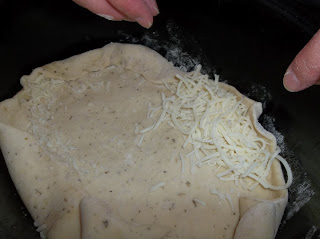 Slice the tomatoes thinly, and spread 1/2 of the tomato slices on the pizza crust. 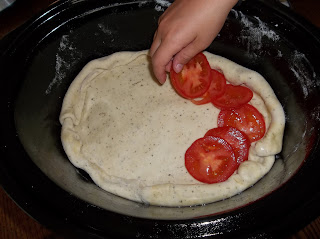 (Reserve the other tomatoes for the 2nd pizza.) 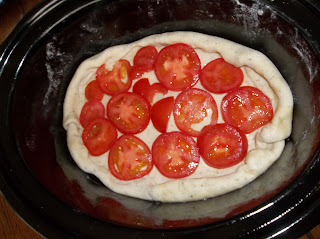 Drain the artichoke hearts, and chop. 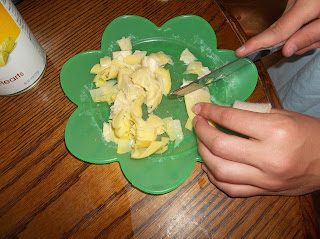 Spread on top of the tomatoes. 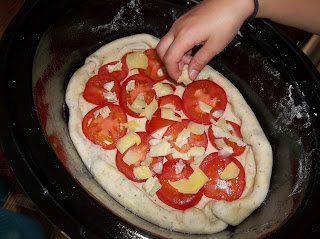 Slice the zucchini into 1/8-inch thick slices and spread on top of pizza. 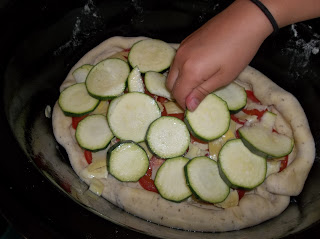 For you carnivores out there (like my hubby & son), you can cook up and dice 1 chicken breast tenderloin (about 2 oz) to sprinkle on top of the zucchini, if desired. 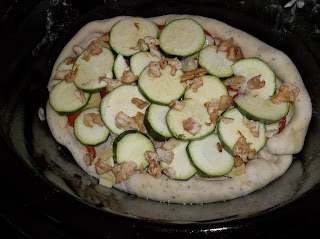 Top each pizza with about 4 oz. shredded mozzarella cheese. 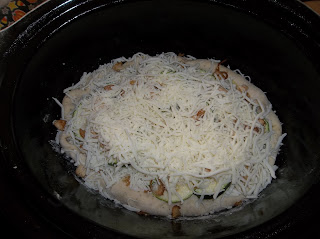 Cook on high for approximately 1 hour. (Update: While my first Crock Pot pizzas cooked in about an hour, I made them again yesterday, after posting this recipe, and they took just a little over 1 1/2 hours to cook this time around. Not sure what the difference was... but leave yourself a 2 hour time frame for cooking, just to be on the safe side!)
Don't forget! The lid for your Crock Pot should be slightly skewed to vent the steam, or the moisture will prevent the crust from cooking properly. 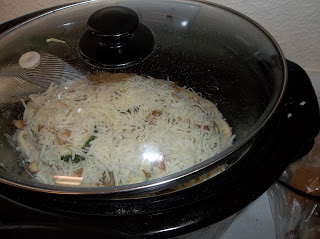 When the cheese is melted and the crust is slightly browned on the bottom, your pizza is ready. 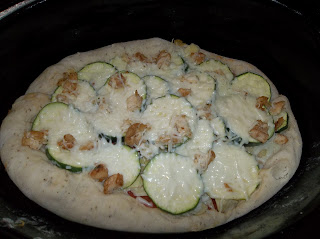 I had trouble pulling the first pizza out of the Crock Pot in one piece, but it was still delicious. 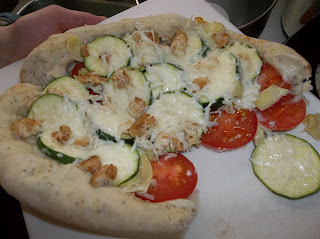 The second one came out beautifully, though. :)
The secret?
I let it set in the unplugged Crock Pot for about 30 minutes (while we devoured the 1st pizza) 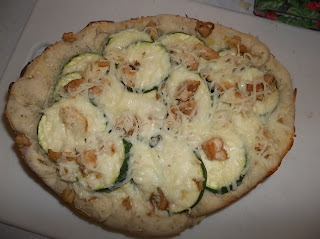 And then, instead of trying to lift the pizza off the foil insert, I scooped my plastic spatula right under the whole thing, insert and all, and pulled the pizza out of the Crock Pot in one piece. 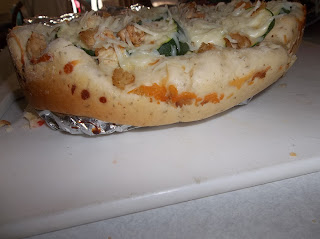 Then, it was easy to slide the pizza off the foil and onto my cutting board to cut 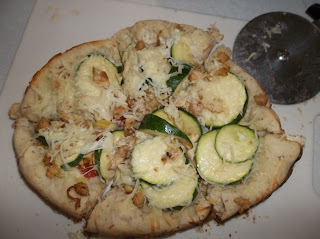 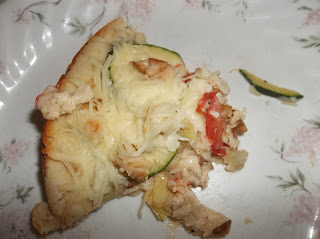 Not a fan of veggie pizzas (even with the optional chicken ingredient)?
Experiment with your favorite pizza toppings! Then, leave me a comment to let me know what flavor combinations you came up with!

Posted by Veronica Bartles at 8:00 AM